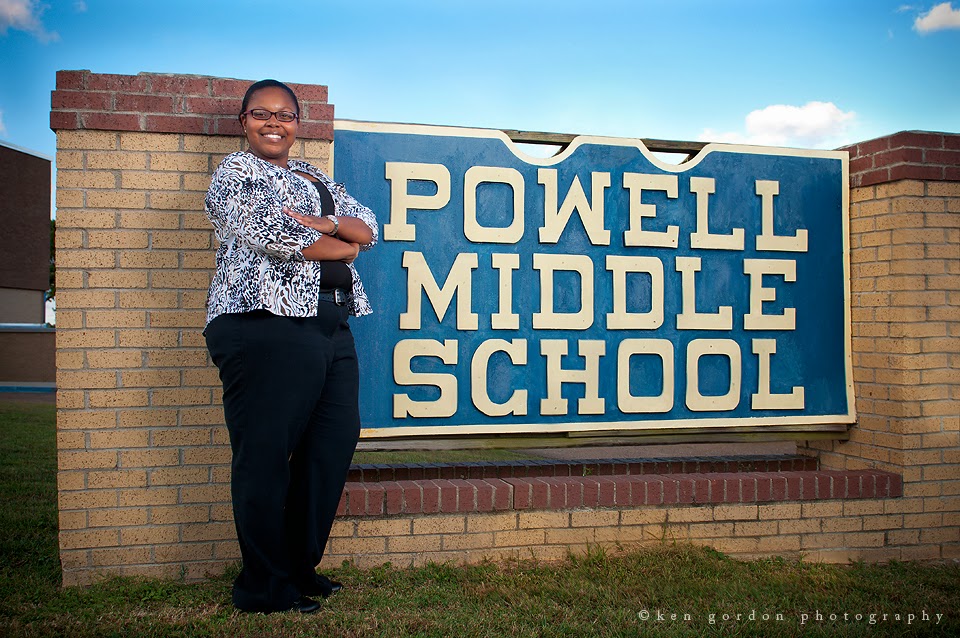 Being the daughter of an educator, Ms. Jackson says she was inspired to teach by her mother. "As a child, I spent numerous hours creating activities for lessons with her, observing her provide instruction to her students, as well as being one of her pupils," she says. She also credits other "unforgettable teachers" as her motivation...  "I can honestly say that I had the most exciting and rewarding experiences as a student. These special moments have left powerful memories etched into my mind that I would like to afford my students. From observing my mother in the classroom and my personal education experience, I knew that I was destined to be an educator. I knew that I wanted to provide students with the opportunity to be great."

When asked why does she continues to teach Ms. Jackson passionately says, "Teaching is truly a calling that must be answered by the strong and persistent. Despite any difficulties that may be faced in education, the successful days outweigh the unsuccessful days. I can honestly say that my students are my driving force to continue teaching. Seeing my students, past and present, striving for excellence and doing well is a pleasantly overwhelming experience. This alone constantly refuels my passion to be a facilitator of instruction."
2 comments: 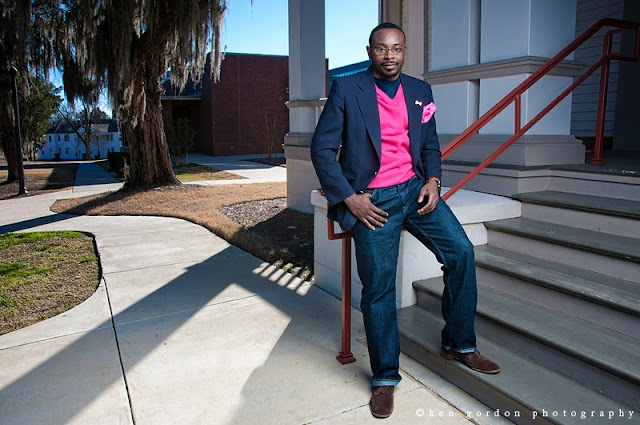 Cassio Batteast decided to pursue a career in education because one of his mentors was a teacher.

After teaching for a year, this Tougaloo College grad with a degree in Child Development, began working in social services.  Being involved in foster care and seeing children with behavior problems, his desire was to establish a program for young men "because that’s our most vulnerable population”, Batteast says.

Cassio wanted to design a program that incorporated everything! His goal was to offer mentorship, tutoring, life skills and recreation so when a parent brought their child, "it would be everything that they needed” he proclaims.

K. I. N. G. S. Leadership Institute was created by Cassio with this goal in mind. Its mission is to develop young black men into twenty-first century leaders by exposing them to positive leadership models, equipping them to be spiritually grounded to make a difference within humanity and empowering them to become passionate about lifelong learning.

Cassio says his ultimate goal is to start an all male charter school “to work with young men who are behind… who fell behind and to work with them to bring them back up”.

“One of the reasons I started this program is kinda selfish on my end. I feel like if I want my daughter to marry a productive young man, I gotta be in the business of producing those type of young men”, Batteast admits with a laugh.

To learn more about  K. I. N. G. S. Leadership Institute and ways you can help please contact Cassio at kingsleadershipinstitute@gmail.com or 601-862-4772.
2 comments: 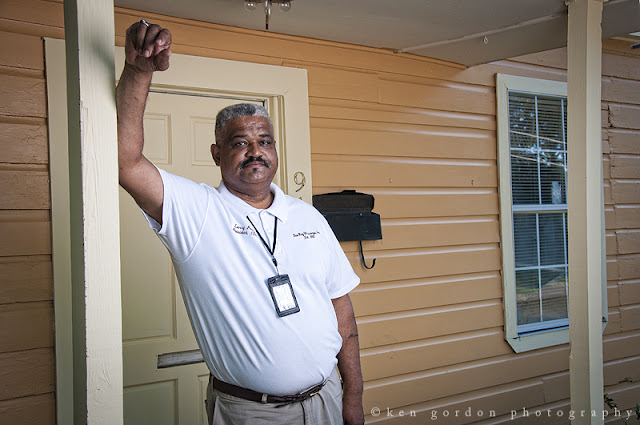 After losing everything he had Larry Perry, a former crack addict, was delivered from his addiction in 1992.  In 1998 he formed New Way Mississippi, a community outreach agency helping men who have been disenfranchised due to incarceration and/or substance abuse issues.


The transitional component of the agency is based on helping former offenders transition back into the community by providing employment assistance, transitional and permanent housing, ongoing recovery support services and economic development opportunities. “When we look at transition we look at it in terms of guys that need that support system and need that encouragement and that advocacy because many of them are convicted felons. They have a challenge getting employment and becoming self-sufficient. Here at New Way Transitional Living Center, our main focus is trying to bridge that gap from prison back to the mainstream of society,” says Perry.

There is a family component that works with the entire family unit bringing these men back together with their families in a wholesome and safe environment. That’s where Camp New Way, which is located in west Hinds County, comes in. Here, families are able to interact through fishing and horseback riding.

To help with employment New Way created Labor Resource Management, LLC for soliciting contracts from larger non-profits, corporations and government entities to provide jobs for men in the program. “Ok, you’ve paid your debt to society but when you come out you don’t have anything to do, you don’t have a job but we want you to go and be blessed. At New Way Mississippi we understand that it just doesn’t work like that. These men have to have a support system; they have to have jobs. Over the 20 years since I’ve been in this field one of the biggest barriers I’ve seen is men trying to get employment to turn their lives around but they just can’t get that opportunity,” Perry adds.

Perry realizes that if these men do not have this particular type of service so they can be successful crime will continue to increase, stating, “We have to do more than just pray for these men”. 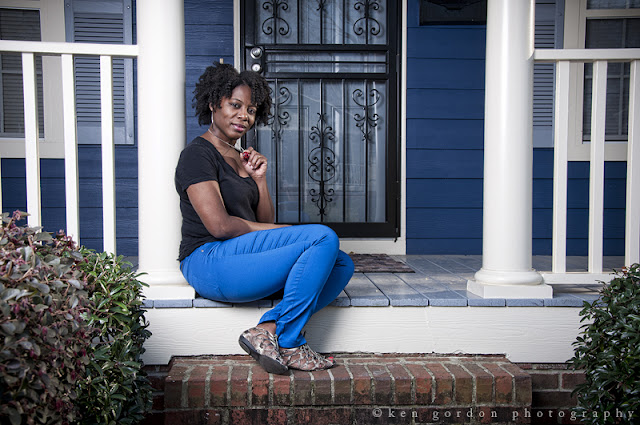 In  2005 some of Tonja's nieces came to spend the night with her daughter.  Eight years later those six girls have turned into a 42-member group called the Ladybug Club.

Tonja created the group to be a source of empowerment for young girls age 6 - 16 in the Midtown area of Jackson.  Her goal was to promote confidence, community involvement, education, family unity and life skills among the girls.

Some of the lessons Tonja teaches the ladybugs includes fashion dos and don'ts, sound etiquette skills and even the importance of RSVPs.

The girls collect toiletry bags and host holiday parties for seniors. They volunteer with organizations such as Midtown Partners, Inc, Habitat for Humanity and United Way.  They even take field trips to museums and other cultural events such as the International Ballet Competition to broaden their horizons.

Community leaders and other ladybug moms have joined forces with Tonja to make the group a success. Tonja says the mothers have even become a support system among themselves, calling on each other in times of need.

The moms hold leadership positions within the club and help plan the ladybug activities a year in advance. Tonja feels it is important for the girls to see their mothers "handling business" outside of the home. Some moms have even been inspired to further their own education.

Tonja says "If a girl or mom's experience has a lasting impression that can be built upon, that makes me one happy ladybug!"